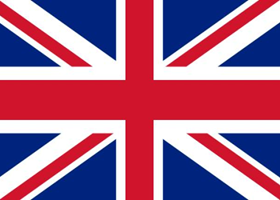 Economy of the UK

The United Kingdom is the 5th largest national economy with a GDP of 3.78 trillion US $.
The UK ranks 22nd when it comes to GDP per capita.
The largest industries in the UK are banking and finance, steel, transport equipment, oil and gas, and tourism.
Economy break down: manufacturing 17.41 %, 71.26 % from the service sector and agriculture 0.61%.

Main Importers of the UK:

Main Exports of the UK:

Chemical Use in the UK:

Given the economic growth of the UK, it is an attractive country for chemicals trade. The UK’s chemical industry is diverse and includes chemicals for petrochemicals, inorganics, polymers, agrochemicals, lubricants, fuel additives, construction chemicals and catalysts.

The chemical sector contributes £19.2 billion to the economy and about 6% GDP and about 11% of manufacturing GDP in the UK.

The steel industry makes up a significant part of the UK, a number of chemicals are used in the finishing stage, these are Hydrochloric acid and Sulfuric acid. This process is called pickling.

The Oil and Gas Industry:

The oil and gas industry makes up a significant part of the UK economy, BP is a UK company and ranks 4th in the worlds leading oil and gas companies. During the exploration and production process of oil and gas, many chemicals are used, these are Acetic acid, Boric acid, Calcium Chloride, Choline Chloride, Ethylene Glycol, Formic acid, Hydrochloric acid, Phosphoric acid, Potassium hydroxide, Sodium carbonate and Sodium hydroxide. 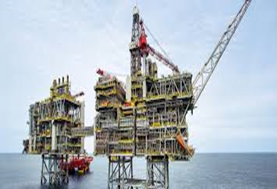 The UK is accessible by both land and sea. For international trading the main seaports are:

For importing the good, Camachem uses the United Kingdom’s largest port of Felixstowe. 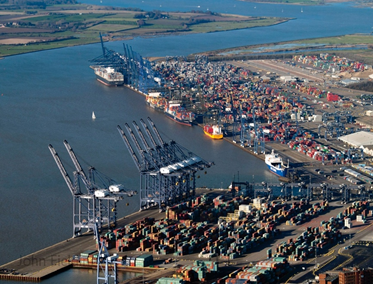 A wide range of chemicals are used extensively in the UK’s industries. Felixstowe Port is the largest port in the United Kingdom. It is located in Suffolk and deals with 48% of the UK’s containerised trade, many of which is chemicals and manufacturing materials from around the world.

What chemicals does the UK Import?

According to the latest trade data, the UK imports US$10.13 billion in organic chemicals. They include chemicals such as:

What are the Regulations on Importing Chemicals to the UK?

Due to the UK’s exit of the European Union, there have been changes in the chemical importing process.
The new process is the importer must classify, label and package the chemical substance and mixtures and ensure this is in line with the CLP regulations. The importer must notify the CLP classifications regarding the substances to the Classification and Labelling Inventory established at the European Chemicals Agency (ECHA).

Why should The United Kingdom import chemicals?

Where Can I Buy Chemicals for the United Kingdom?

Camachem has been exporting chemicals to clients in the United Kingdom. Feel free to contact us at [email protected].
We also ship worldwide; for other countries, check out our experience here.